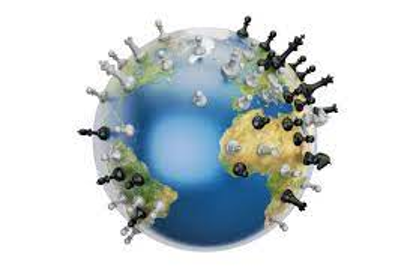 If we look back to a few moments in history, the U.S. invaded Iraq in March 2003. Stocks rose 2.3% the following day and finished the year with a gain of more than 30% from that point on.

Before that, we had the Korean War, which began in the summer of 1950 when North Korea invaded the South. That conflict ended in the Summer of 1953. In that time, the Dow Jones (Dow) was up an annualised 16%, or almost 60% in total.

In saying this, markets don’t always respond to geopolitical events in the way that is anticipated. It is well known that markets move in a cyclical nature, or "ebb and flow" if you like. The movement has been exacerbated, giving rise to significant volatility since the beginning of the strangle-hold the recent pandemic had on the world. 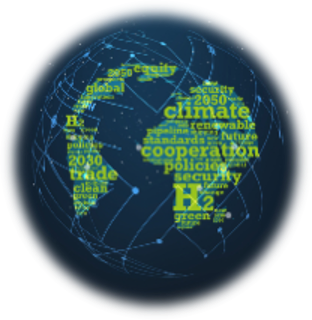 We have seen the impact that Covid-19 has had on supply chains in nearly every industry. The flow on effect this has on retailers and ultimately customers across all sectors cannot be understated. Take lumber as an example. We saw an extraordinary figure with prices rallying over 400% in 12 months. This is not a stand-alone figure in the commodity market.

The conflict in Ukraine has added fuel to that fire and we have seen a significant increase in the commodity market. Presently, we are seeing the largest upheaval since the 1973 oil embargo on the U.S. The one differentiating factor from then and now is that we are seeing a buyer-lead boycott as opposed to a seller-lead boycott. We are seeing the trade ties between Russia and the west disintegrate in front of our eyes and it seems this is only the beginning of the shift in our global trade markets.

“I tend to agree that we could see this cycle last for at least the next decade or more. We are seeing an event that has not taken place more than 7 times in the last 50 years which is backwardation.”

Backwardation is a result of a higher demand for an asset currently than the contracts maturing in the future through the futures market. This usually occurs in the commodities’ futures market, when there is a shortage of the commodity in the spot market.

We can all attest to the impacts on oil, gas, grain, etc. Where the disruption will cease is really anyone’s guess. How this impact will lead into the years to come, coupled with the rate rises and inflation is going to present some challenging times for us all to navigate. 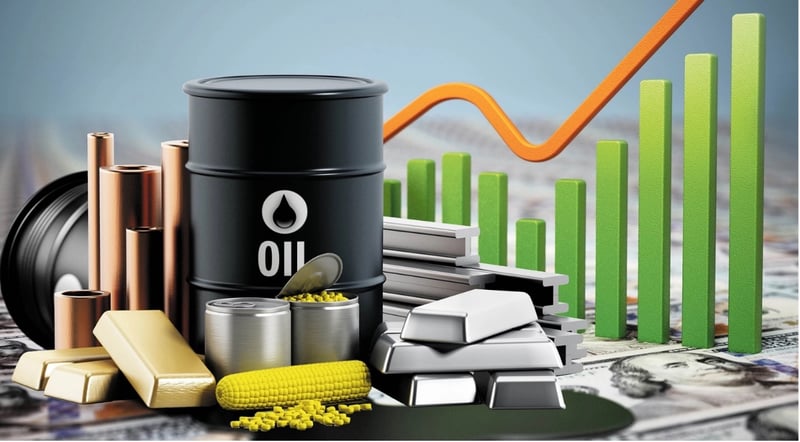 The need for urgent and more intensive actions against climate change is broadly recognised. Renewable energy is undoubtedly, the buzzword and hot topic of late. However, the term "green economy" was arguably first coined in a book entitled 'Blueprint for a Green Economy' by David Pearce, Anil Markandya and Edward Barbier in 1989.

It seems that many countries are now in competition to be the first to proclaim to the world that they are on target to net zero or are the next global "hydrogen superpower". It is understandable when we look at this from an economic perspective. The level of attention given to the “green economy” in the past 10-15 years had rapidly increased and people are likening the use of hydrogen as the next oil.

We have seen a global commitment towards sustainable and environmentally friendly practices from global leaders for some time now. So how did we get here? Here is a quick glimpse at the history of the sustainability story:

1970s: 'The Limits to Growth' lead to the 'Conference on the Human Environment' in 1972, which gave rise to the UN Member States acknowledging that the economy and environment were on a collision path. Something needed to be done. In the same year, the Club of Rome, Massachusetts Institute of Technology (MIT), published 'The Limits to Growth' that shocked the world. It was the first study to question the viability of continued growth in the human ecological footprint and has predicted our civilisation would probably collapse before 2100.

1980s: In 1983, the UN established the 'Brundtland Commission' due to the attention on unsustainable economic growth, which was conducted under the leadership of Dr. Gro Harlem Brundtland. This led to a report that was published in 1987.

1990s: In 1992, the concept of Sustainable Development was adopted as a shared global concept during the 'Earth Summit'. 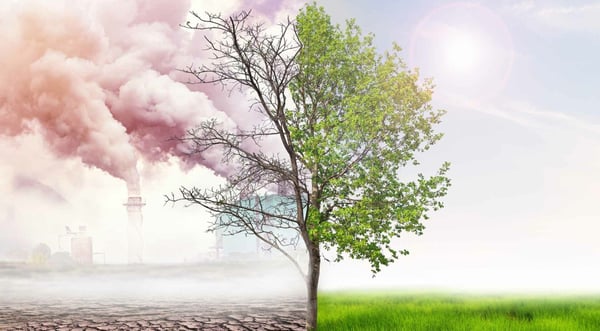 Out of all these environmental global meetings, there has always been this argument - how can we protect the environment and keep on competing and growing economically?

The Australian Contribution to Decarbonisation

The Australian Renewable Energy Agency (ARENA) is an agency that is focused on distributing governmental resources towards projects that are aligned with the goals of global decarbonisation and which are within Australia’s roadmap. Multiple projects in Queensland (Qld) alone have come in part due to funding from this governmental agency. Since 2012, they have supported 612 projects with $1.81 billion in grant funding, unlocking a total investment of almost $7.9 billion in Australia’s renewable energy industry. The pressure for companies to move towards decarbonisation is growing daily and companies have begun to shift in this direction with massive changes to their business directions and policy frameworks.

Australia as a country is very lucky, as it is well endowed with the natural resources that contribute to the goal of decarbonisation. Australia currently exports a significant portion of copper, manganese, graphite, lithium, uranium, to name a few.

There is a significant volume of money flowing into the green economy, along with an abundance of companies that provide a wealth of opportunity for investment and trading for those who are willing to participate in the market. Knowing where to look and how to drown out the noise is where firms like Barclay Pearce Capital provide that level of support.

Verdant Earth Technologies is a prime example of the level of interest investors have within the renewable energy space. Australian participation in the VTA opportunity alone saw a significant increase over just a 12-month period. With a planned listing on the London exchange. The demand for exposure to the GE is substantial and investment opportunities such as this are proving to be self-evident to the savvy investor.

Presently in Qld, there are multiple projects that are looking to capitalise on the green economy. The one that is probably most front-of-mind is Twiggy’s (Andrew Forrest) FFI project in Gladstone. However, there are others that are a little more obscure, yet present a significant opportunity for local investors and potential contribution to the local economy.

Gold Hydrogen is a Brisbane-based firm that has applied for permits covering an area in the southern half of the Yorke Peninsula and Kangaroo Island, where two unsuccessful oil wells were drilled in the 1930s that turned up high-purity hydrogen.

Others companies have now followed suit, heavily due to a research paper published last year by CSIRO and Geoscience Australia, which documents accidental discoveries of hydrogen across the country.

To put it into perspective, the dataset involves ~1000 natural gas samples from 470 wells in both sedimentary and non-sedimentary basins, with reservoir rocks ranging in age from 2.8 to 2.5 billion years ago (Neoarchean) to 66 million years ago (Cenozoic). However, some exploration and resampling of these historical finds is required for the resource validation.

In QLD, there are many projects that are taking shape. Some examples are:

Stability with energy supply is critical in the race to net zero. So, energy storage is big on the list of critical infrastructure projects for green energy viability. In QLD now, there are a few projects that are in the pipeline for this purpose.

The important thing that I believe needs to happen, which we are beginning to see gaining momentum, is the government’s commitment at all levels to the infrastructure that will need to be put in place. These projects will be critical to support the new variations of renewable energy transportation, storage, and consumption, not just in CBD locations, but also extending to rural and remote locations.

Having said this, I may be oversimplifying a very complex situation. However, if there is something that we can allocate some funding to in order to reduce our impact on the environment, then I’m sure some people that are well smarter than me will be able to crunch those numbers, devise a tangible way forward and develop the framework that is desperately needed for us to achieve the ambitious goal of decarbonisation.

Barclay Pearce Capital has taken on some investment opportunities that are geared towards the green economy and decarbonisation roadmap, among other sectors. We are enthusiastically supportive of opportunities that can create local jobs, boost local economies, and contribute to the preservation of our environment.

Conflict. As abhorrent, polarising and detrimental as it is to those directly involved, it can have extremely significant implications to the greater global community in many unforeseen and unpredictable ways. The impact global events will have on the years to come on the already strained supply chains cannot be overstated. The looming threat of backwardation and how this will play out is troubling for all. Adding to the mix, the issues around climate change and decarbonisation pressures seeing the opportunity for investment is akin to seeing the trees through the forest. Barclay Pearce Capital is keeping a keen eye on the market and global events to provide investment and trading support when navigating these uncertain times. 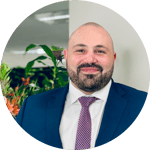 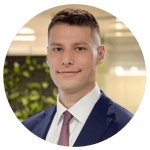 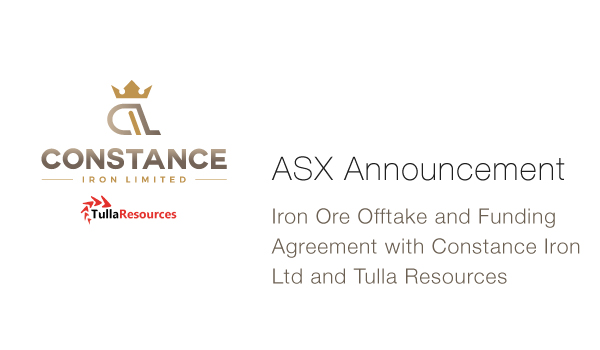 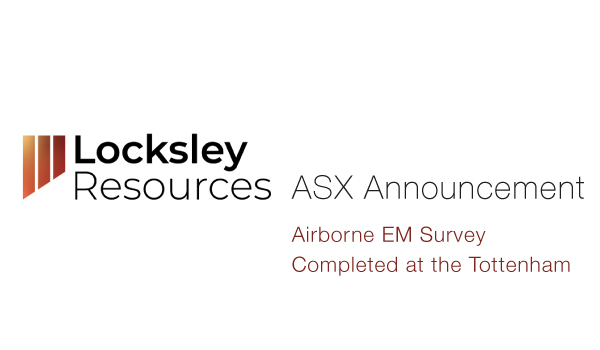 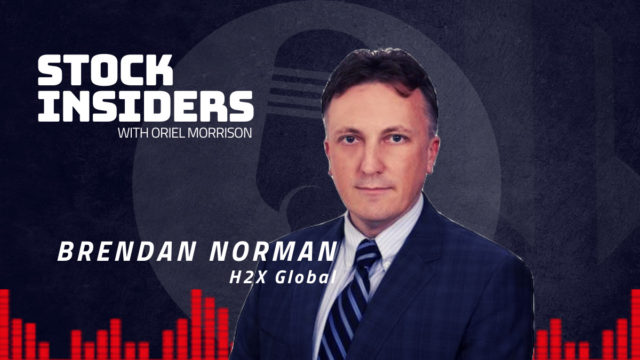 Stock Insiders: H2X Hydrogen Vehicles to be on roads within the year