Unless you have been hiding under a rock you would have seen, read or heard about the shift towards renewable energy being ramped into overdrive. Since 2015 the green energy revolution has been steadily tracking away from the use of fossil fuels into more environmentally sustainable practices for energy production.

In recent years, globally and domestically, the Renewable Energy landscape has been shifting rapidly. Over the past 6 months, we have seen a significant level of government funding being directed toward green energy infrastructure. Coupled with the private sector announcing several green energy projects.

With the global climate summit COP26 in Glasgow coming to a close, world leaders are set to make good on their commitments to the reduction of carbon emissions. The goals as described in the summit have been listed as follows:


Some key takeaways from the summit

There has been a suggestion that the financial community has been ahead of government in the race towards the adaptation of renewable energy sources. This is evident by the recording of financial commitments of $501.3 billion to decarbonization in 2020, beating the previous year by 9% despite the economic disruption caused by Covid-19. 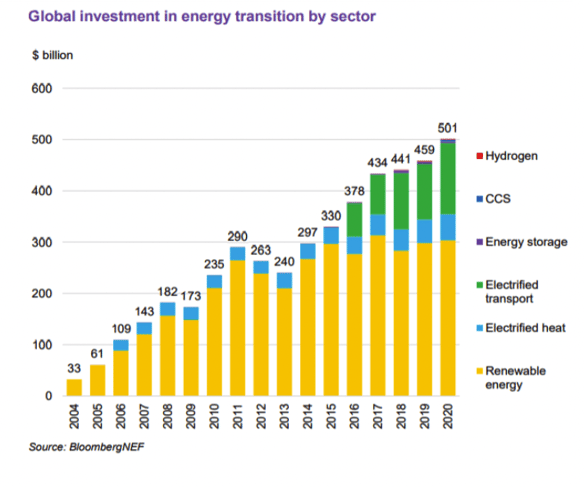 On a global scale, there has been a paradigm shift from investors, consumers and
governments regarding hydrogen. At the start of 2021, there were over 30 countries that released hydrogen roadmaps, (Australia included). There has been interest in the research and development of hydrogen projects that has been unprecedented. Driving support and momentum from an overwhelming level of private and government interests. The level of support has contributed to the acceleration of cost reductions for hydrogen production which is on track to enable hydrogen to become a more readily available energy choice for the future.

In 2016, Australia ratified the Paris Agreement, committing to achieve a 26-28% reduction in greenhouse gas emissions below 2005 levels by 2030. A key play in keeping to that commitment and bolstering the Green Energy Revolution is the use of Hydrogen as a renewable energy fuel source. Australia is aiming to position itself as a global Hydrogen Production Powerhouse. The tangible evidence to support this is the many existing and upcoming projects catering to the development of the technology and infrastructure required to achieve this ambitious goal. Moreover, each state and territory has committed to; a strategic plan towards carbon emissions reduction; and the implementation of hydrogen-based solutions incorporated into net-zero plans. 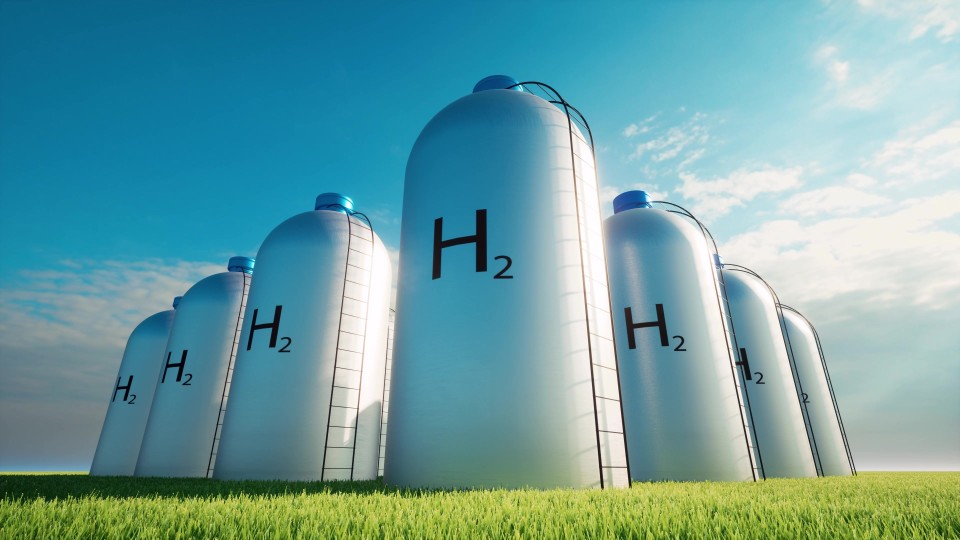 The Tasmanian Renewable Hydrogen Action Plan. Tasmania is well placed to capitalise on the emerging economic opportunity, with analysis by Hydro Tasmania indicating that Tasmanian renewable hydrogen production could be up to 15 per cent cheaper than on mainland Australia (from the power grid), and up to 30 per cent lower than from dedicated off-grid variable renewables. The Tasmanian Government has developed a $50 million package of support measures over 10 years. This includes a $20 million Tasmanian Renewable Hydrogen Fund, $20 million in concessional loans, and $10 million in support services including competitive electricity supply arrangements and payroll tax relief.

The Territory Government has released the Renewable Hydrogen Master Plan to guide the development of a Northern Territory renewable hydrogen industry. The Master Plan focuses on renewable or green hydrogen, which results in zero greenhouse gas emissions, and builds on the Government’s 2019 Renewable Hydrogen Strategy’s vision to be a world-scale producer and exporter of renewable hydrogen.

In 2020 the VIC Government unveiled the Renewable Hydrogen Industry Development Plan. The plan sets out how the Victorian Government is laying the foundations for an emerging Victorian renewable hydrogen industry, connecting our economy to renewable hydrogen opportunities that bring new jobs and investment, spur economic growth and innovation in new energy technologies, and drive forward our clean energy transition.

The New South Wales Government launched its Green Hydrogen Strategy, which will
include up to $3 billion in incentives to attract more than $80 billion in clean energy by 2050. As reported in the Australian Financial Review, Treasurer and Energy Minister Matt Kean has said the strategy, which is primarily aimed at renewables-based hydrogen, would set NSW up as a global leader in the fuel and is expected to grow the size of the state’s economy by more than $600 million by 2030.

In 2020 the ACT became the first jurisdiction outside Europe to reach 100% renewable electricity. Now they plan to tackle the largest source of emissions, transport, which makes up over 60% of the ACT’s net emissions, including emissions from public transport The Zero-Emission Transition Plan for Transport Canberra outlines the pathway to achieve the ACT Government’s ambition of zero-emission public transport system by 2040.

In 2019 the Queensland (QLD) Government had made a commitment to the development and implementation of a Hydrogen Strategy. The intention of the strategy is to leverage QLD’s ability to attract investment and utilise existing gas pipeline infrastructure to develop hydrogen exportation capabilities.

“Earlier this year, we celebrated our State’s first delivery of green hydrogen to Japan, exported by the Japanese petroleum conglomerate JXTG. This was produced at the Queensland University of Technology’s solar cell facility at the Queensland Government’s Redlands Research Facility.”

With the shift away from fossil fuels towards cleaner energy sources, the global demand for hydrogen will undoubtedly have a rapid increase. The International Energy Agency (IEA) has evaluated and charted the anticipated increase as detailed below.

Global hydrogen demand by sector in the Net Zero Scenario, 2020-2030 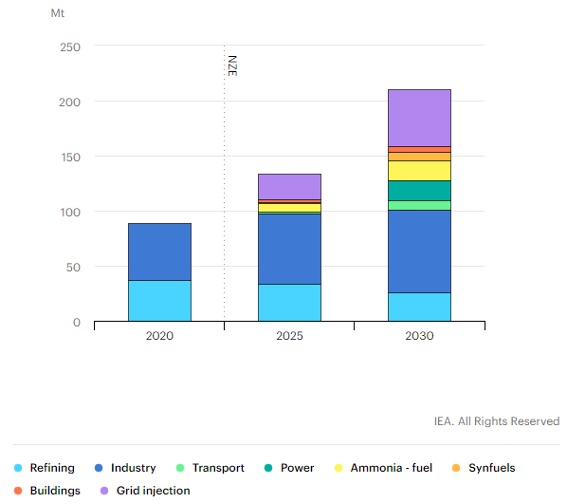 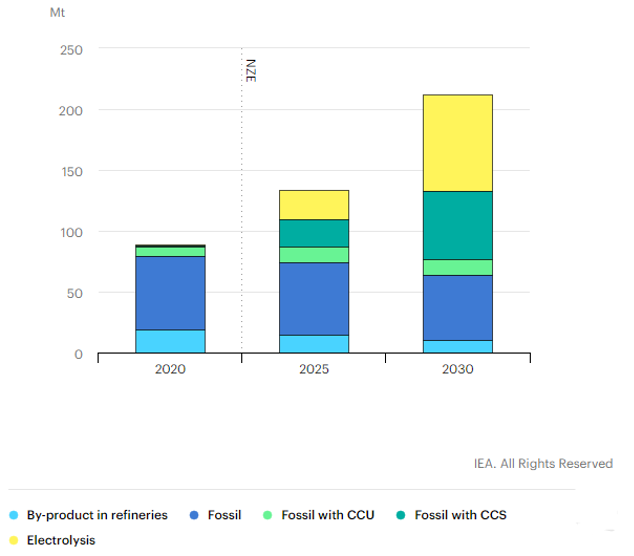 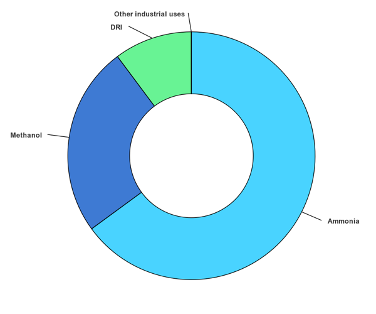 Australia currently has 18 projects that are operating or under construction (all in Australia) with a further 13 projects at an advanced stage of development planning (10 in Australia and three in New Zealand). As hydrogen is present in the market activation or pre-competitive phase, the large majority of projects are classified as ‘Under development’; several of these have plans to be operational within the next three years. The projects listed cover the full spectrum of end-user activities, with a focus on hydrogen mobility, hydrogen in gas networks and industrial process-ammonia production.

An Australian hydrogen fuel cell company, which is vying to make its mark in the renewable energy sector. There has been a significant level of interest in H2X Global’s Warrego UTE is growing with over 250 order-interests received from Australia and countries such as the Netherlands, Germany and Malaysia. H2X has successfully assembled a leading team of industry veterans with proven track records in delivering commercial hydrogen fuel cell vehicles to a mass consumer base.

Titan is focused on developing Australia’s first hydrogen fuel cell with unmatched
performance on efficiency, reliability, and affordability. By Applying Advanced Nano-
Technology, The Cell Components Are Re-Engineered to Improve the Access of Reactant Species To The Active Triple-Phase Regions Within The Fuel Cell. Titan Hydrogen has IP and a provisional patent cover for technology to improve the efficiency of low-temperature hydrogen fuel cells. Titan also has the technology to improve the efficiency of existing Internal Combustion Engines (ICE’s) by providing a hydrogen hybrid conversion kit.

Based in Perth, Western Australia, Infinite Blue Energy (IBE) is committed to leading the transition to a net-zero emissions economy by developing projects in Australia, Italy, and New Zealand to produce and deliver green hydrogen to domestic and export markets. Renewable hydrogen is an emerging resource that will play an important role in decarbonising the world’s economy in the future with significant potential to be utilised in power grids for transport, infrastructure, and industry. 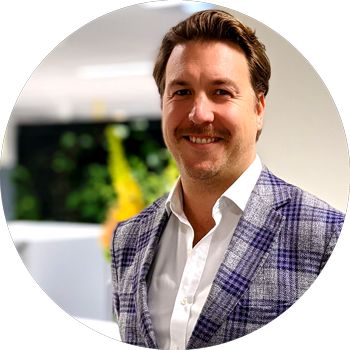 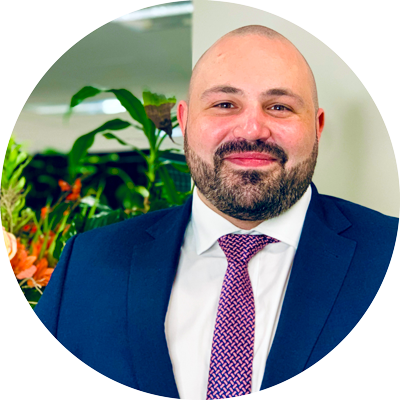 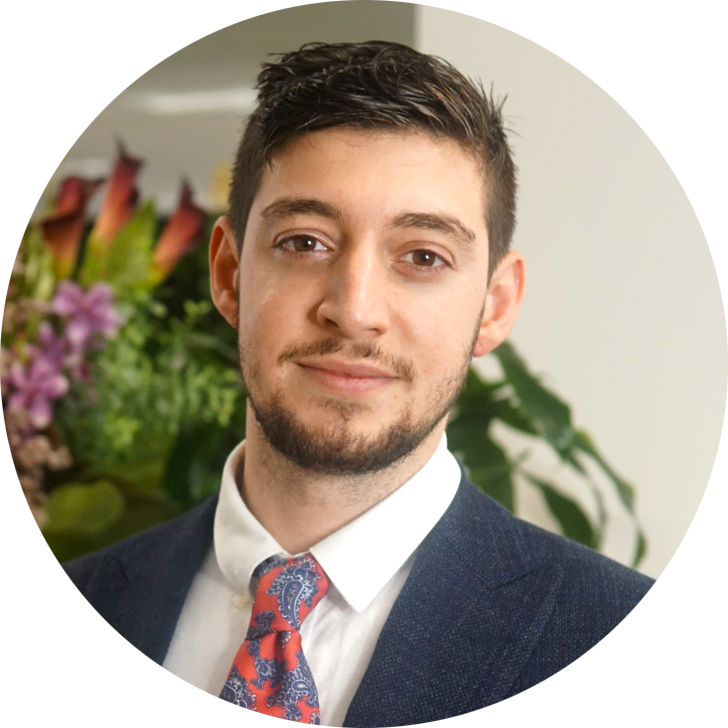 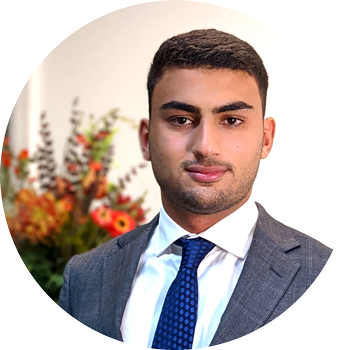 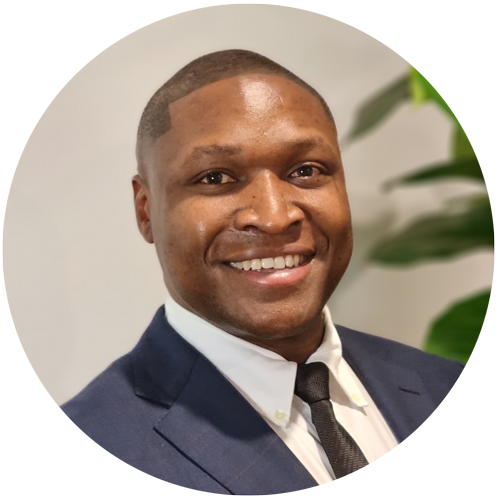 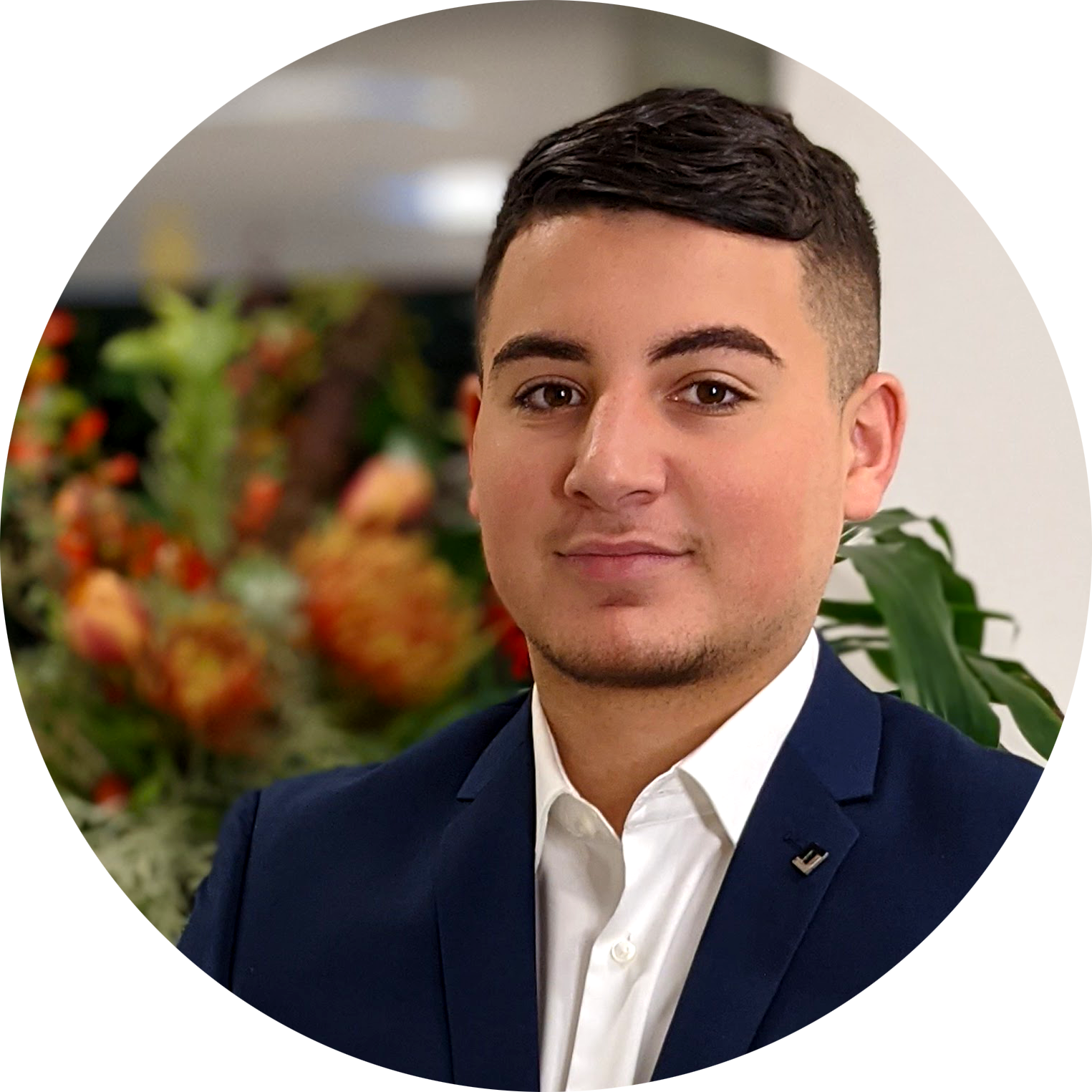 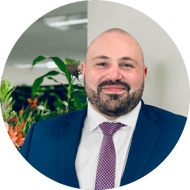 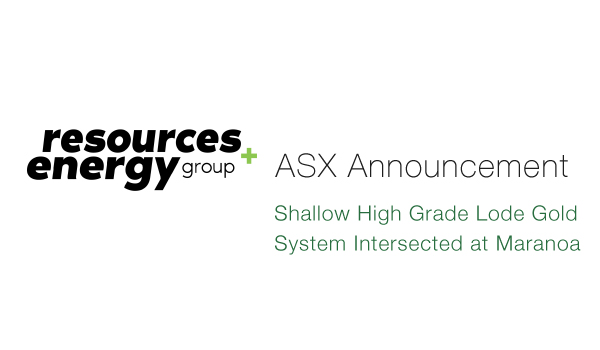 Why Australia's copper future is bright 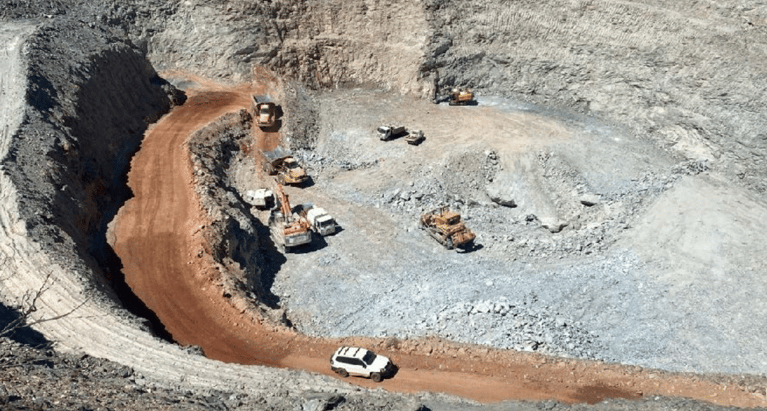 Barclay Pearce Capital Pty Ltd is a Corporate Authorised Representative (Authorisation Number: 1277964) of Barclay Pearce Capital Management Pty Ltd, the holder of an Australian Financial Services Licence (Number: 503261). The information provided on this website is general in nature only and does not constitute personal advice. The information has been prepared without taking into account you or your company’s objectives, financial situation or needs. Before acting on any information on this website you should consider the appropriateness of the information having regard to your objectives, financial situation and needs. You should seek independent financial advice and read the relevant disclosure statements or other offer documents prior to making an investment decision about a financial product. The material contained on the website is for information purposes only and should not be construed as an offer or solicitation or recommendation to buy or sell financial products.

Barclay Pearce Capital Pty Ltd is a Corporate Authorised Representative (Number: 1277964) of Barclay Pearce Capital Management Pty Ltd, the holder of an Australian Financial Services Licence (Number: 503261). The information provided on this website is general in nature only and does not constitute personal advice. The information has been prepared without taking into account you or your company’s objectives, financial situation or needs. Before acting on any information on this website you should consider the appropriateness of the information having regard to your objectives, financial situation and needs. You should seek independent financial advice and read the relevant disclosure statements or other offer documents prior to making an investment decision about a financial product. The material contained on the website is for information purposes only and should not be construed as an offer or solicitation or recommendation to buy or sell financial products.