Every Tuesday afternoon we publish a collection of topics and give our expert opinion about the Equity Markets.

Sydney has entered lockdown with WA, QLD and NT joining them and other states on the precipice of their own as the Delta variant spreads like wildfire through the community. ABSI this week analyses the economic impact of such measures and asks the question: do the means justify the costs? 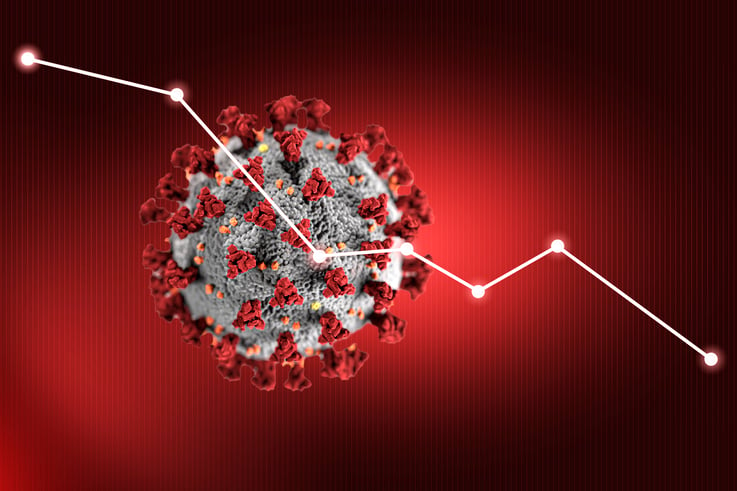 Aussie playwright David Williamson coined the nickname for Sydney, “The Emerald City'', as a satirical contrast to Melbourne but one could argue that it is a deserving moniker for Sydney as it is the crown jewel of the Australian economy. New South Wales is Australia’s largest economy with just over $600 billion in gross state product (GSP) in 2019/20, contributing 32% to the overall Australian gross domestic product (GDP). It is also home to the largest population with 8.1 million Australian’s calling NSW home. This is why a Sydney lockdown is so financially devastating to the overall Australian economy.

Initial estimates put the cost to NSW GSP, and thus Australian GDP, at $146 million per day which will equate to a greater than $2 billion hit if it lasts the full 14 days. As a comparison, Melbourne’s recent lockdown cost was pegged at $126 million per day. Moreover, these costs fail to incorporate the government support payments distributed to businesses and individuals financially impacted by their inability to trade and work. The Berejiklian government has foreshadowed a support package for businesses affected by the lockdown with the Federal government also activating its hotspot income support payments of up to $500 per week for individuals not able to work.

These welfare payments will burden governments with further debt at a time when balance sheets are firmly in the red with no signs of abate. This brings us to the vehement debate of:

"At what cost are we willing to continue to cripple our economy with a policy of closed borders?"

The arguments for lockdown are relatively straightforward with proponents emphasising the need to restrict freedom of mobility in order to keep virus exposure and therefore deaths at a minimum. Continually, it is argued that as a result of strict lockdowns and border controls, economies are in a better position to rebound from economic catastrophe in a virus-free environment. This is evidenced by the Australian economy which is one of few countries globally to be in a better economic position today than it was prior to the pandemic.

Antagonists to lockdowns are portrayed in a negative light due to their utilitarian beliefs of sacrificing lives for the greater economic good but their arguments prove valid and are worthy of consideration. The most compelling being that the virus is not as lethal as reported and the economic and social cost to the global economy is not a price worth paying. Without going down the rabbit hole of cases vs. deaths, there is cause for concern of what the long-term impact these isolationist strategies are having on the mental health of people, especially on children who are going without social interactions vital to their development. A recent New American study found that while lockdowns reduce Covid-related fatalities, they also increase non-Covid-related deaths due to suicide, drug abuse, and domestic violence.
Finally, the vaccination debate is also worth mentioning as it is cited by politicians as a barrier to opening the Australian economy to the world again. While Australia is fortunate to be living relatively normal lives to date, it may be this lack of adversity that is responsible for our low vaccination rates. Currently, only 4.7% of the Australian population is fully vaccinated which puts us between Indonesia and India on the relative scale and behind less-developed nations such as Laos, Cuba, and Mexico, to name a few. It appears the major objection to Australian’s being vaccinated is that only two vaccines have been approved with a limited supply of the Pfizer jab. This leaves the locally-made AstraZeneca vaccine as the most abundant option but people have been turned off due to links to rare blood clotting in some instances, resulting in the Australian government only recommending it for people over the age of 60 while also allowing Australians to request it from their GP. It is important to note, that the chance of developing a blood clot is about 1 in 200,000 which means you have a better chance of dying in a car crash, being bitten by a shark, or even being struck by lightning than developing a fatal blood clot from the vaccine.

A potential solution to this issue is for governments to set a date for fully opening up the Australian economy. This may provide the catalyst for Australian’s to accelerate their vaccination plans and prevent the economy from having to constantly shut down every time the virus leaks into the community. Singapore is a country that did just that, announcing yesterday that it will cease all quarantine measures and effectively open the economy. This is a country with a vaccination rate of only 44.1%, so those citizens who have been slow to get the jab will now need to be forced to make a conscious decision of whether to vaccinate.

The effects of the lockdown have reverberations throughout the economy and affect different industries in different ways. The media sector is one area of the economy that is experiencing mixed results from Covid, as BPC research highlights one to buy and one to sell.

Seven West Media Limited (ASX: SWM) is a national multi-platform media business based in Australia. SWM's assets consist of Seven Television, The West Australian newspaper and associated WA regional newspapers and radio stations with SWM business division comprising Seven Studios, Newspaper, Digital, Publishing and Other.
SWM has reported positive trading conditions in the fourth quarter of FY21 showing a strong rebound in advertising revenue compared to last year. With Australians spending more time on the couch than ever before, their advertising revenue including BVOD is estimated to grow more than 45% in the quarter. BVOD consumption continues to grow strongly, with 62% growth in registered users on 7plus year-to-date, compared to market growth of 50.7%.
The group now expects underlying EBITDA to be between $250 million and $255 million in FY21 including the temporary benefits outlined in the first-half results, compared to analyst consensus of $235 million to $245 million. Digital earnings are expected to more than double in FY22 off the back of the Tokyo Olympics and Beijing Winter Olympics both set to hit screens in the next financial year.
SWM is currently trading at a one-year forward P/E of 5.9x and offers a gross yield of 0.1%.
BPC Research has a target price of $0.61 representing a ~32% discount to current trading levels.

Southern Cross Media Group Limited (ASX: SXL) is a media provider which owns and engages in the broadcasting of content on free to air commercial radio (AM, FM and digital), TV and online media platforms across Australia. Their flagship asset is the Austereo network which owns Triple M and HIT Network radio stations across the country. They also own a number of regional television stations.
While TV ad spending has recovered to pre-pandemic levels, the same can’t be said for radio as work from home continues to dent radio ratings due to traditional radio listening being done in the car during peak commuting times. Furthermore, Nine recently ended their regional affiliation agreement with SWM which has been replaced with an agreement with Network Ten. As a result, H1FY21 revenues were down 15.9% on prior levels to $259.2m but due to significant cost-cutting, EBITDA was up 11.5% to $75.3m. It remains to be seen how cost-cutting measures will affect future growth.
SXL is currently trading on a one-year forward P/E of 11.5x and has halted dividend payments.
BPC Research has a target price of $1.78 representing a ~14% premium to current trading levels.

How do businesses in Australia identify, prioritise and mitigate cyber risks? 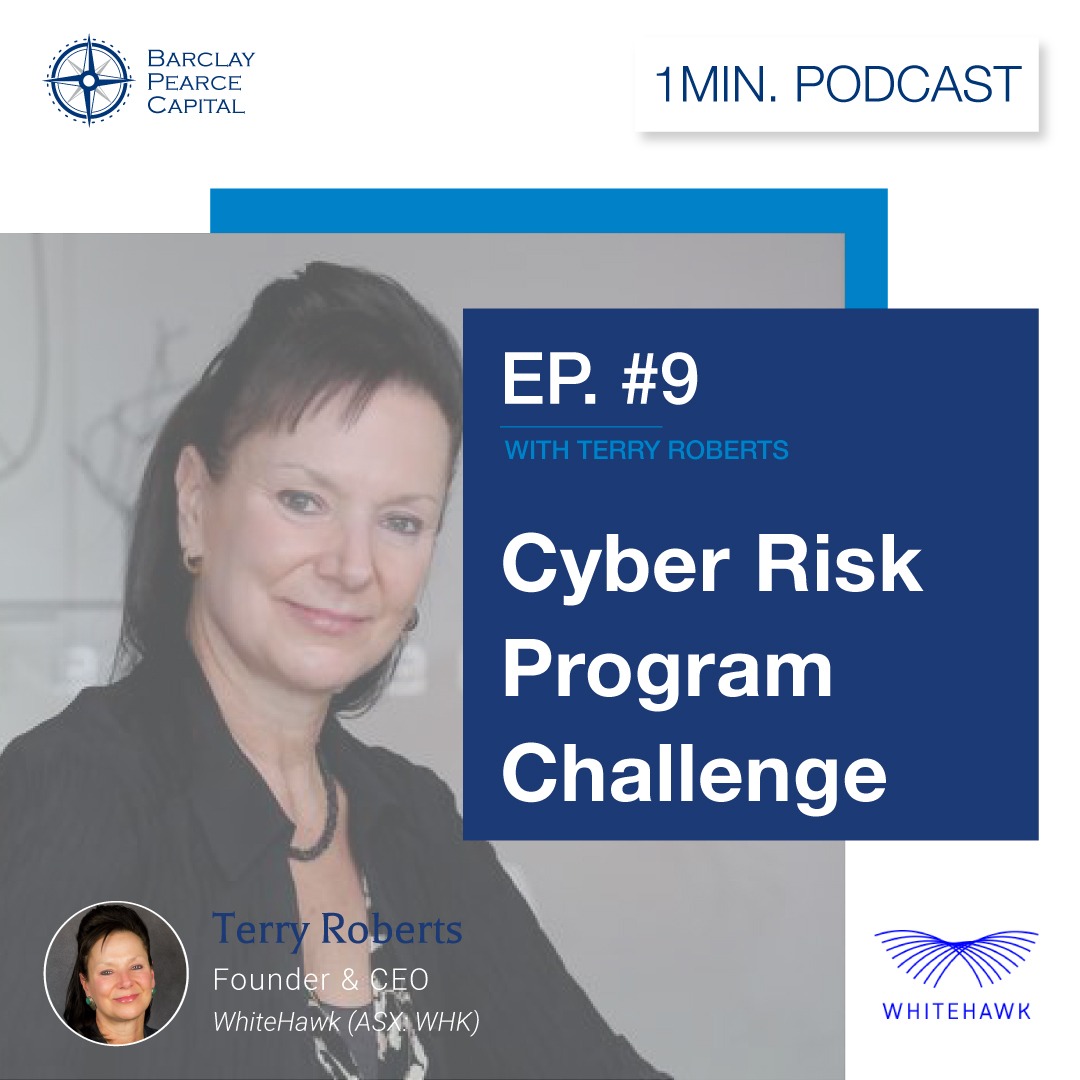 WhiteHawk Inc (ASX: WHK) is the first global online cybersecurity exchange enabling businesses of all sizes to take smart action against cybercrime. WhiteHawk is at the forefront of this industry and is receiving a lot of interest at the moment.

We offer value-rich content to our BPC community of subscribers. If you're interested in the stock market, you will enjoy our exclusive mailing lists focused on all aspects of the market.

To receive our exclusive E-Newsletter, subscribe to 'As Barclay Sees It' now.

We've made it again - Live on Ausbiz 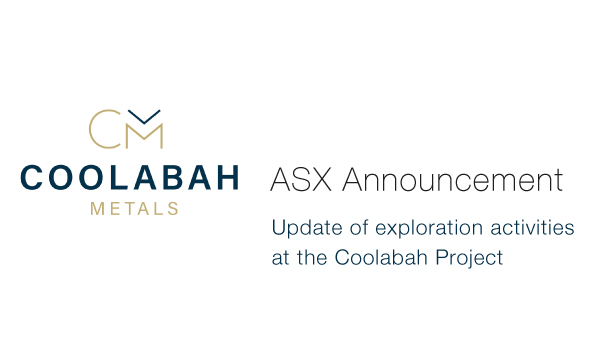 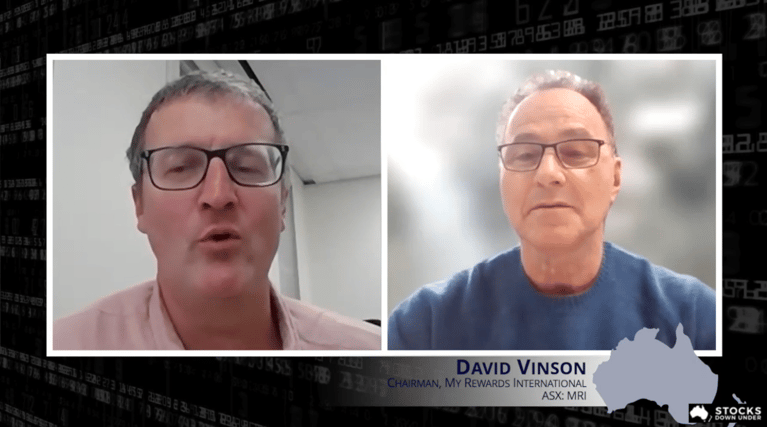 My Rewards International (ASX:MRI) Interview - Stocks Down Under